Grand Rapids, Michigan, May 9, 2016 – CD Barnes’ Safety Director recently held a Safety Stand-Down to Prevent Falls in Construction at 5 different job site locations during the week of May 2nd. In total, 6 site managers and 30 trades foreman attended a “bagel break” at various projects to discuss the importance of fall protection and various methods they can take to prevent falls in construction. Attendees were treated to bagels and orange juice provided by the general contractor while they reviewed statistics, methods, and tools to prevent fatalities or injuries related to falls. They were also provided with several fall protection/prevention Toolbox Talks, which are short safety training guides intended to facilitate health and safety discussions on the job site.

The National Fall Prevention Stand-Down, which is a federal OSHA initiative, is a voluntary event for employers and employees alike to raise awareness of preventing fall hazards in construction. According to OSHA’s website, “Fatalities caused by falls from elevation continue to be a leading cause of death for construction workers, accounting for 337 of the 874 construction fatalities recorded in 2014 (BLS preliminary data). Fall prevention safety standards were among the top 10 most frequently cited OSHA standards, during fiscal year 2014.” Last year’s initiative reached upwards of 2.5 million works, and this year’s goal was to reach 5 million workers, according to OSHA.

Companies that participated in this year’s Stand-Down were encouraged to provide feedback to OSHA in exchange for a Certificate of Participation signed by the Secretary of Labor, Thomas E. Perez. 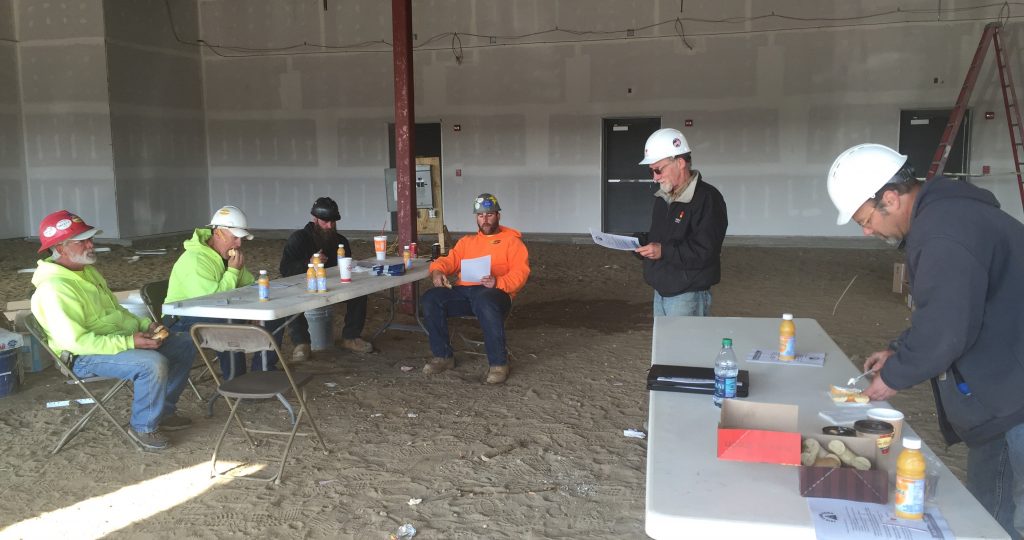