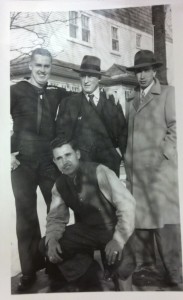 The Start of CD Barnes Construction

In the early 1900’s brothers Cleve Dell (C.D.) and Roy Barnes, both of Grand Rapids, began a construction business by the name of Barnes Construction. The brothers had forged a successful business enterprise and following the end of WWII both C.D. and Roy had several adult children join the family venture. Over time it became apparent to C.D. and Roy that there would not only be involvement from their children but also their grandchildren and great-grandchildren.

Ownership of C.D. Barnes Associates remained in the Barnes family until the sudden passing of owner Spencer Barnes in 1999. With his passing four C.D. Barnes employees purchased the company; John Drozer became president, Carter Huffman became executive vice president, Todd Oosting took the position of secretary, and David Smith the treasurer. Though Carter remained a trustee, in 2011 he sold his C.D. Barnes shares-some to the current ownership and some to the new partner, Dale Kraker.

2012 brought even more changes for C.D. Barnes Associates. Though the name had a solid reputation and a long-standing history, as we pursued markets outside of Michigan it was determined that C.D. Barnes Associates did not adequately reflect our service offerings. The “Associates” led people to believe we were attorneys or accountants, not commercial construction representatives, which brings us to our current name; CD Barnes Construction. 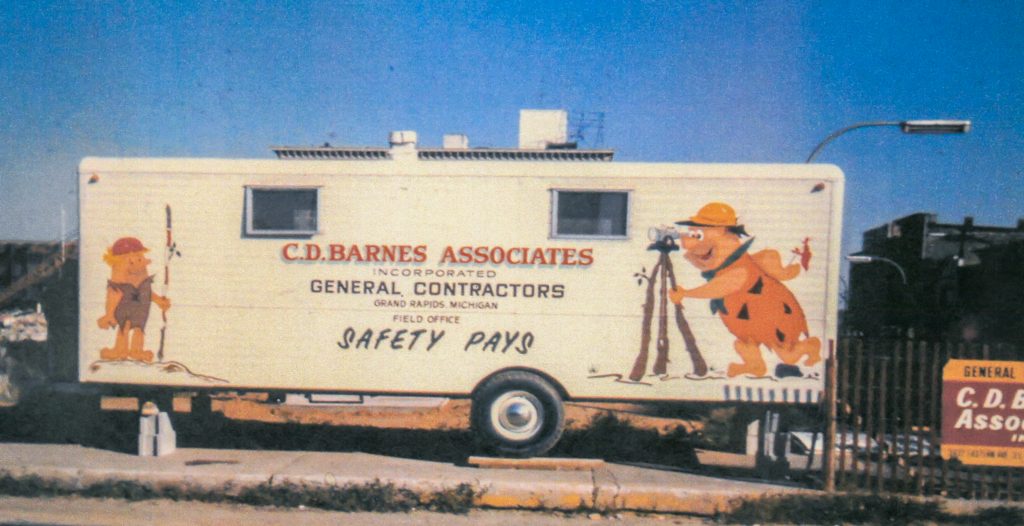 Today our average annual sales volume is over $40 million, and we have completed projects throughout Michigan, Indiana, Illinois, Kentucky, and North Carolina. Our most valued resource remains our people. Our team of construction professionals provide our clients and architectural partners with the know-how necessary to achieve a successful construction project. The capabilities and accumulated construction experience of our staff are among the highest in our industry. Our team has an average tenure of 15 years with our company. The personnel at CD Barnes Construction have both local and national exposure to a multitude of construction delivery systems and methods.

From our beginning as a general contractor in 1954 to the large portfolio of national projects we have successfully completed, we have grown together with our clients; their success is our success. We enjoy strong relationships not only with clients, but also the architects, engineers, planners, communities and governmental entities that are part of every project we’ve completed.

In an effort to keep overhead low, we do not carry a large staff, our efforts are stream-lined and our employees are efficient. Our staff consists of: