Grand Rapids, Michigan, February 13, 2017 – Grand Rapids based general contractor, CD Barnes Construction has named their latest subcontractor to receive their Key to Our Success Award. Mid Michigan Ceilings & Drywall out of Sparta was nominated by CD Barnes’ Project Manager, Tom Berry for their efforts on the Herb & Fire Pizzeria North project. The project, located in the Celebration Village corridor, is the second location for the new fast-casual pizzeria franchise. Established to recognize subcontractors who have gone above and beyond expectations to ensure the success of a project, the award signifies the direct relationship between the efforts of the subcontractor and the general contractor.

Along with CD Barnes’ Site Manager Mark Elder, Tom Berry presented the award to Mid Michigan’s President and Vice President, Shane Mieras and Stas Mieras respectively, on Friday, February 10th. Describing the reasons for his nomination choice Berry noted the subcontractor’s ability to overcome a multitude of changes, while remaining on schedule and within budget. Tom said, “Even when unexpected changes crept up, Mid Michigan remained focused on delivering a superior quality of service and end product; this is not always the case in today’s fast-paced building industry.” Another reason Berry chose Mid Michigan for the award was because their team members were professional, reliable, courteous and knowledgeable. Last, but certainly not least, Tom noted the company’s strong safety orientation in which he observed and respected throughout the course of the project. 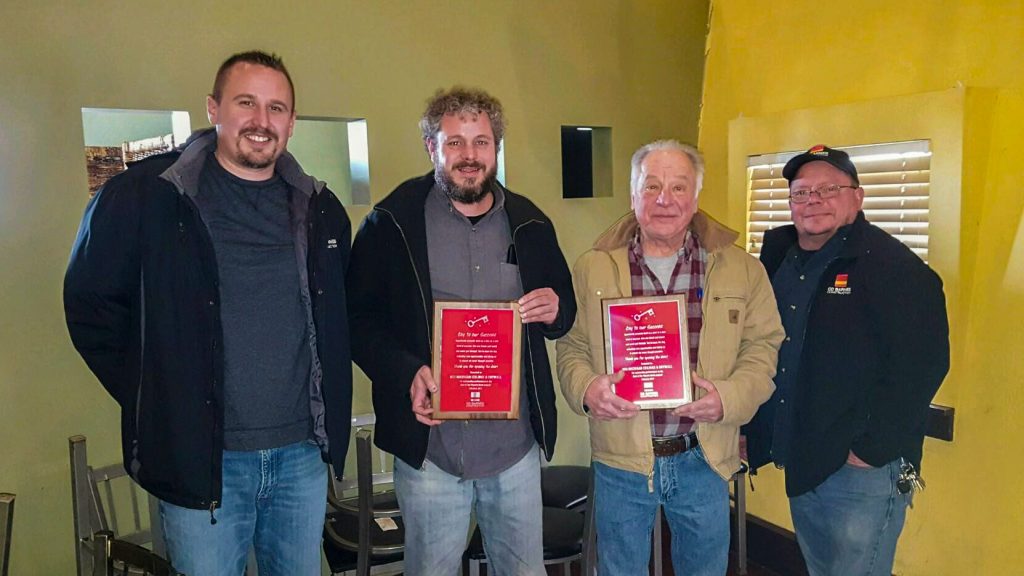